9 Comments
By Where The Food Is Chicken and Fowl, Europe, South & Central Asia 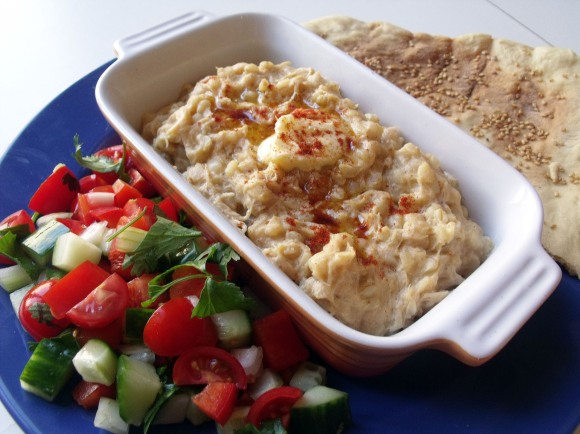 I think I’ve found the perfect cold-weather dish.  Yesterday I saw my own breath for the first time this autumn, and I knew I’d soon be craving the kind of food that makes you want to wrap yourself in it like a blanket.  Armenia, where the temperature gets to -46 degrees celsius in the dead of winter, certainly delivered on that front.  And what it delivered was harissa, a supremely comforting porridge that is simplicity itself.

This harissa should not be confused with the spicy North African chilli paste.  Same pronunciation, different beast altogether.  This harissa (also sometimes transliterated as hariseh) is sort of like an Armenian chicken risotto, but made with whole wheat kernels rather than rice.  Its smooth consistency makes it surprisingly strange to Western tongues, especially for a dish with so few ingredients.

I’ll admit I approached Armenia with some trepidation.  When I googled “Armenia’s national dish”, Google autocorrected it to “Romania’s national dish”.  After an insistence that, no, I did mean Armenia, a grand total of seven results appeared.  Seven.  Hmmm.  Next I asked my Armenian friend Nelli what she recommended.  She replied:

There is another typical thing, khash. There’s a crazy tradition of eating this soup in winters in the morning. It’s made from cows’ legs (seriously) with TONS of garlic and dried lavash (like a big and thin pita).

I did make a half-hearted search for cow’s legs in my local grocers’, but it seems they were fresh out.  🙂  It seems khash mainly involves stewing these in water until they fall apart.  As Wikipedia describes it,

The feet are depilated, cleaned, kept in cold water in order to get rid of bad smell, and boiled in water all night long, until the water has become a thick broth and the meat has separated from the bones. No salt or spices are added during the boiling process.

You’ll forgive me if I wasn’t heartbroken at having to look a little further for the right dish to try out.

It’s not that Armenia has no tasty food, of course, just that much of it is similar to that of its neighbours’, especially after so many centuries of contact with and domination by Turkey.   There are so many countries in the region that eat a lot of boreki, stuffed peppers and dolma, that I wanted to save these for later if possible.  Dolma are very big in Armenia, apparently – made with cabbage in summer or  vine leaves in colder weather.

Lucky, then, that harissa is so scrummy, so simple to find the ingredients for, and so Armenian to the core.  And with it I just had to make the lavash, the Armenian flatbread that Nelli mentioned and that I ran into everywhere during my readings.  Some Middle Eastern countries also give their bread the same name, but the word seems to come from Armenian.  At the very least, Armenia now has the best-known lavash, which is crispier and thinner than other variants, and comes sprinkled with spices or seeds.

Armenia is one of the cradles of civilisation, and both of the dishes featured today have probably been eaten since biblical times.  Armenia is also one of the first countries to have adopted Christianity.  Now lavash is used in Eucharist in the Armenian Apostolic church, and lav ash, in Armenian, apparently means “good food” (better verify that with Nelli, though). 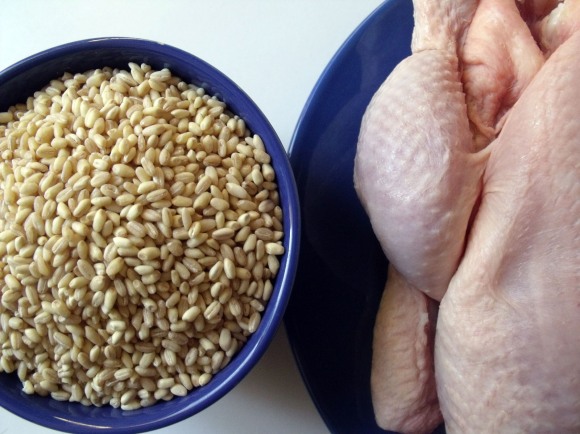 What Did I Need?

I’m kind of crap at tweaking recipes when baking, not really having taken high-school chemistry and all.  I’m more of a throw-all-the-ingredients-together-and-hope-for-the-best kinda girl.  I wouldn’t trust me, I would trust this recipe. I followed it pretty closely and it turned out yummy, like this: 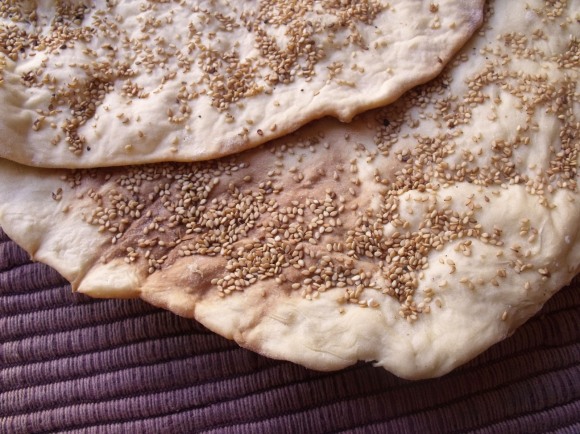 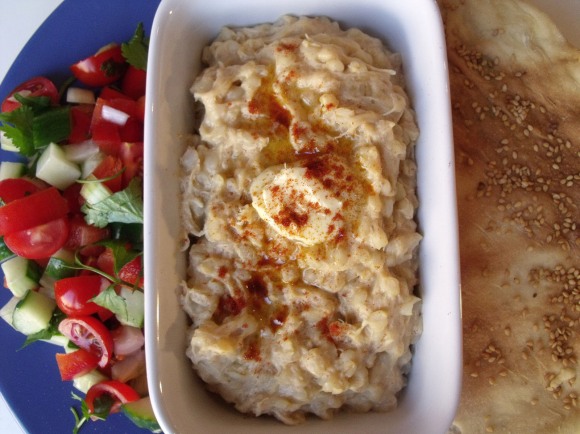 So How Did It Taste?

Goooooood.  I actually think I was more excited about this dish, as it was cooking, than about any other so far.  It’s basically essence of chicken, blended with stodgy, creamy carbs.  Just the smell of it bubbling lazily on the stove fills the house with chickeny goodness.  It must be particularly flavourful with corn-fed or organic chicken.  I want to freeze some of this and have it next time I’m sick in bed – it’s such comfort food.  OK, maybe without the extra butter if you’re feeling delicate.

As we cooked and ate, we listened to some lovely Armenian traditional music, played with a wind instrument called a duduk.  Its sad, solemn sound is truly haunting, and made us feel like we’d been transported back to a windswept Caucasian hill 2000 years ago.

Speaking of which, this was Joe’s take:

It tastes very wholesome and rustic – just like it must have tasted during Biblical times.

Joe is a history buff, so I don’t think ‘wholesome and rustic’ is code for boring and tasteless – he asked for seconds, I swear! 🙂

So don’t be put off by the slightly unusual texture, the simplicity of the ingredients, or the long cooking time.  You can make a ton of it in one go, and freeze the leftovers.  I’m surprised variations on this dish doesn’t turn up in more national cuisines.  In any case, savoury porridge was all the rage after Heston Blumenthal, so perhaps Armenian cuisine will suddenly become uber-trendy as well?

Oh, and the lavash was great, too.  Parts of it were thin and other parts thick, which made a nice contrast between toasted crunch and a fluffier, more bread-like texture.  I just couldn’t get the sesame seeds to stick to the finished bread – any suggestions on how I can do this next time?